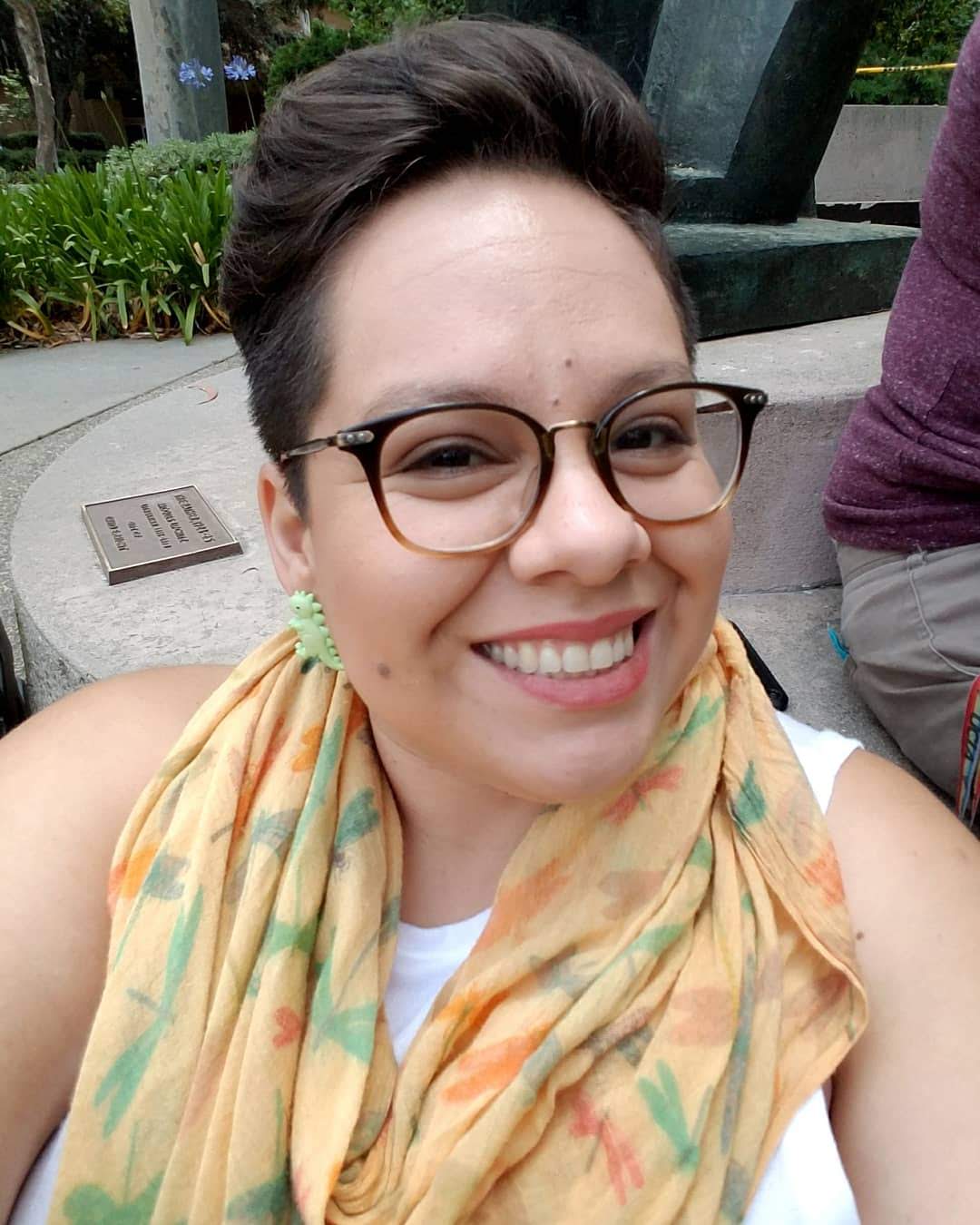 Dafne was born in Brawley, California. She was raised as a migrant farm worker child and as a border dweller in the Mexicali/Calexico border. Dafne and her family eventually settled in Delano, California, a city in Kern County. She identifies as Queer, Chicana, Fat, Femme, and her pronouns are she, her, hers, and ella (spanish). She attended UCLA for her undergraduate degree in Gender Studies with a minor in Chicana and Chicano Studies, in which she focused her studies on Queer women of color feminism. She was heavily involved with Queer activism on campus working with student organizations such as La Familia de UCLA and Queer Alliance. Dafne worked closely with the UCLA LGBTQ Studies Program for which she established the first annual Queer Undergraduate Research Symposium. With her heavy involvement in the Queer and Trans people of color (QTPOC) community it only made sense that she’d continue doing Queer work after graduating.

Between her graduating UCLA and starting the graduate program Dafne worked in Silicon Valley providing mental health support services to Queer and Transgender youth. This experience has strongly influenced the direction of her community work and research. She expanded her work to providing community education to Kern and Tulare counties in California. She provides platicas about gender and sexuality, best practices for service providers, and LGBTQ 101 workshops and trainings. Her consecutive work in two very different communities inspired her desire to work with the Kern County QTPOC community.

As a doctoral student, Dafne would like to bridge the gap between Fat Studies and Chicanx studies through conversations of gender, sexuality, fatness, embodiments, and identity. She wants to explore how fatness, disability, and othered bodies navigate queer, sexual, and public spaces through deviance, spirituality, and body liberation. She hopes that her work will spark a conversation about body size that is comparative to anti-discriminatory rhetoric in order to create more accessible spaces for fat QTPOC. Dafne’s additional research interests include the intersections of Latinx communities and mental health, Chicana feminism, and Theory, Affect via grief, the politics of self­care and self-love, and Fat Studies.

*Latinx is used as a way to acknowledge and celebrate the gender diversity within the Latino community.