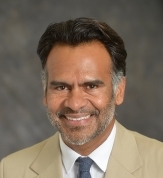 Eric Avila received his B.A., M.A., and Ph.D. in U. S. History from the University of California at Berkeley. He has taught Chicano Studies and History at U.C.L.A. since 1997 and was promoted to associate professor in 2004. He is the author of Popular Culture in the Age of White Flight: Fear and Fantasy in Suburban Los Angeles, published by the University of California Press in 2004. His research has won various awards and prizes, including the recent inclusion of his article “Popular Culture in the Age of White Flight: Film Noir Disneyland, and the Cold War (Sub)Urban Imaginary,” published in the Journal of Urban History within a new publication by the Organization of American Historians featuring the ten best articles in American history written between the summers of 2004 and 2005. He recently completed a postdoctoral fellowship at Harvard University, in the Charles Warren Center for Studies in American History, where he began research for a second book project entitled The Folklore of the Freeway: A Cultural History of Highway Construction.