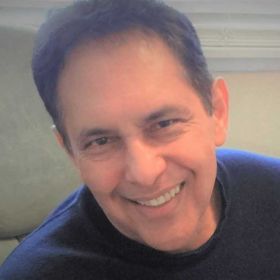 Professor Héctor Calderón is a specialist in Spanish American, Mexican, and Chicano literature and cultures. He began his career in Spanish American literature and early modern Spain. His Conciencia y lenguaje en “El Quijote” y “El obsceno pájaro de la noche” (Pliegos 1987) examines two classic novels within their respective modern and postmodern contexts. However, Calderón is most widely known for his contributions to Chicano literary studies.  He is one the field’s leading figures.  His co-edited anthology Criticism in the Borderlands (Duke 1991) is considered one of the founding works in the field.   His most recent book is Narratives of Greater Mexico: Essays on Chicano Literary History, Genre, and Borders (Texas 2005). Calderón’s numerous publications have concentrated on border studies and the North American Mexican cultural diaspora. His current research projects include Mexican literature, film, and rock and Mexican American fiction of Los Angeles. He is currently completing a book on Mexico, “America Mexicana: The Mexican Cultural Diaspora of North America.”

At UCLA, Professor Calderon was founding Chair of the César E. Chávez Center (1994).  He has also served as Director of the University of California, Education Abroad Program’s Mexico Study Center (2004-2008) and founding Executive Director of la Casa de la Universidad de California en México, A.C. (2006-2008).   Prior to coming to UCLA in 1991, Calderón was Professor at Scripps College (1989-1991) and Associate Professor at Yale University (1983-1989).

Professor Calderón has a Ph.D. in Latin American Literature with a Minor in Comparative Literature from Yale University (1981) where he studied with Peter Brooks, Alfred J. MacAdam and Emir Rodríguez Monegal .  As a graduate student at Yale, he was accepted to The School of Criticism and Theory (1978) working with Wolfgang Iser and Fredric Jameson.  He has been Visiting Scholar at the Stanford Humanities Center (1986-1987) and Visiting Professor in the Department of English at Harvard University (1996-1997).