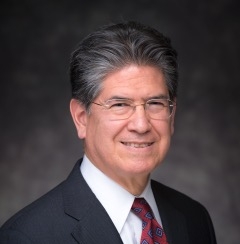 Professor Otto Santa Ana’s scholarship over the past 15 years focuses on language that constructs social hierarchies and on how mass media amplifies the construction of unjust social inequity. As a sociolinguist, Santa Ana edited Tongue-Tied: The Lives of Multilingual Children in Public School (2004), an anthology about minority language in the classroom and the community. He has also authored a dozen peer-review articles on languages in contact, language change, focused mainly on the English and the Spanish of U.S. Latinos. A critical discourse analyst, Santa Ana studies the mass media representations of Latinos. Recognizing this in his first book,Brown Tide Rising(2002) provides a close study of newspapers. The American Political Science Association named it Book of the Year on Ethnic and Racial Political Ideology. He continues to refine his research tools (and with undergraduate co-authors), recently explored the national newspaper coverage of immigrants during the Great Immigrant Rights Marches of 2006. This article, “A May to Remember” appeared in the Du Bois Review (2007).