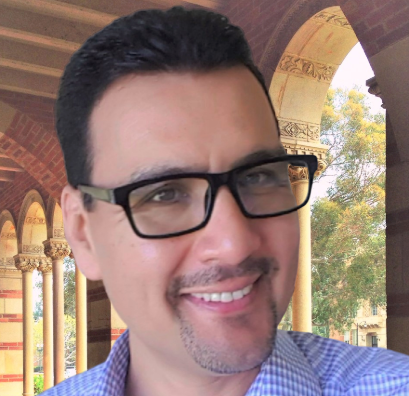 Dr. Richard Andalón teaches at the University of California, Los Angeles (UCLA) under the Department of Sociology and Department of Chicana & Chicano Studies. In previous years, he has taught courses under the UCLA Department of Education and University of Southern California (USC) Department of American Studies & Ethnicity.  The undergraduate courses he teaches focus on research methodologies in the social sciences; theoretical frameworks from sociology, psychology, and education; social inequities relating to class, gender, and ethnicity/race; and professional development pertaining to graduate school preparation, entry-level employment, and long-term career planning. His specific research interest focuses on the sociocultural and psychosocial experiences of students as they navigate through two critical junctures of the educational pipeline: from high school to college and from college to the workforce.

From 2008 to the present, in addition to serving as an instructor under social science departments, he has held administrative leadership roles.  Most recently, he has served as a director and chief program officer under the UCLA Office of the Vice Chancellor of Student Affairs.  Prior to returning to UCLA in 2018, among his experiences was his service as a director and associate dean under the USC Office of the Vice Provost of Undergraduate Education and USC Office of the Vice Provost of Graduate Education. In the community, he has served as a board member and board chair of Learning Enrichment and Academic Resources Network (LEARN), an educational equity and social justice nonprofit that works with K-12 youth and public schools.

Between 1997 and 2007, he attended UCLA and earned both his undergraduate and graduate degrees, including a doctorate.  In his dissertation research, guided by sociological and psychological theories, he used qualitative methods to study the K-12 university preparation and early university-level experiences of first-generation college students who beat the odds and obtained admission to highly selective universities.  His methodology included personal interviews, focus groups, and surveys. His study identified the following factors and related themes: parental influences, peer impacts, program involvement, places frequented, purposeful decisions, powering through, and psychosocial dynamics.  He summarized his findings by referring to them as “The Seven P’s” explaining first-generation college students’ K-12 university preparation and early university experiences. A theoretical framework was organized using the study’s findings. A portraiture research design, as well as a grounded theory approach, facilitated using the study’s findings to develop case studies based on the students’ lesson-filled and inspiring stories.

In 2014, he took a sabbatical and studied at the Harvard University Institutes for Higher Education, where he earned professional certificates with an emphasis in higher education curriculum development, course assessment and evaluation, and program management and leadership.  After this sabbatical, he returned to his teaching and administrative work at USC.

Since 2004, much of his community involvement has revolved around his service and advocacy as a board member and chair under Learning Enrichment and Academic Resources Network (LEARN), a Los Angeles area K-12 educational equity and social justice nonprofit supported by state and federal government grants. LEARN serves 15,000 to 20,000 youth annually through academic subject matter tutorials, extracurricular recreation activities, and personal and career counseling.  Between 2000 and 2007, as an advisor and coordinator, he also served and provided advocacy under the Early Academic Outreach Program (EAOP), a University of California-sponsored K-12 educational equity, diversity, and inclusion initiative. In the Los Angeles area, EAOP works with 15,000 to 20,000 youth annually through an array of academic development and college preparation services.

In addition to his service and leadership receiving recognition at both UCLA and USC, his civic engagement and professional work have been acknowledged out in the community by the Los Angeles City Council, Los Angeles Unified School District Board of Education, and Los Angeles Parent Institute for Quality Education.