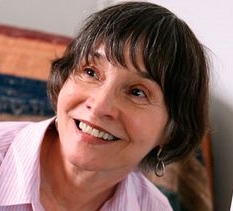 Professor Susan Plann’s research focused on the experiences of Moroccan youth who migrate to Spain as unaccompanied minors. Initially training in theoretical linguistics, over the course of her career, Plann has also explored areas such as Spanish linguistics, applied linguistics, second language acquisition, and the interface between second language acquisition and language pedagogy. Her training in linguistics led to an interest in minority language communities and publications on the Spanish deaf community, which she views as a cultural and linguistic minority, and Spain’s Arabic speaking community. In addition to Chicana/o Studies, Plann is also a member of the Department of Applied Linguistics, the Department of Spanish and Portuguese, and the Interdepartmental Program in Islamic Studies.