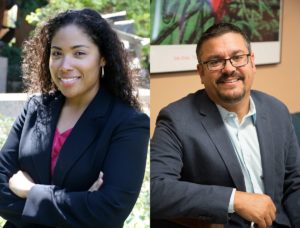 A UCLA-led group of racial and ethnic politics researchers from across the nation are already gearing up to make sense of the 2020 presidential election.

Buoyed by a recent nearly $1 million grant from the National Science Foundation, the fourth installment of the Collaborative Multiracial Post-Election Survey, known as the CMPS, will be the largest endeavor to date — encompassing 20,000 respondents from up to nine groups and conducted in five languages.

The self-funded 2016 survey, was led by Lorrie Frasure-Yokley, associate professor of political science and African American Studies at UCLA, along with Matt Barreto, professor of political science and Chicana and Chicano studies at UCLA, Edward Vargas from Arizona State University and Janelle Wong from the University of Maryland, College Park. Previous smaller studies in 2008 and 2012 laid the groundwork for the ambitious reach of the 2016 survey.

The cooperative approach to this survey of adult registered and non-registered voters allowed 86 social scientists and researchers from 55 institutions to help design a non-proprietary questionnaire that covered a broad swath of political attitudes and issues. The 2016 cooperative survey was self-funded, by academic researchers, through the purchase of question content by contributors.