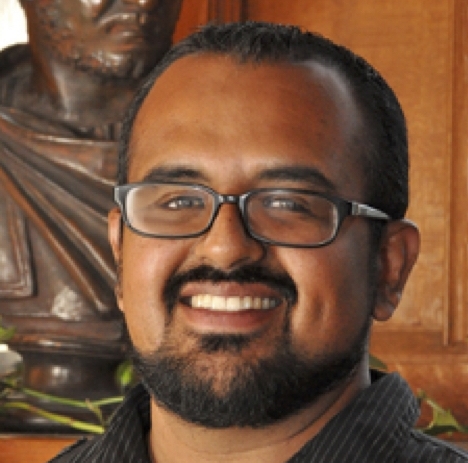 Christian Durán was born in Mexico City and raised in Ciudad Azteca, a colony located in Ecatepec de Morelos in the State of Mexico.  Christian emigrated to Santa Ana, California in the mid 1980s and completed his primary education in the Santa Ana Unified School District.  Subsequent to that, Christian served in the U.S. Army Reserves while working in various fields; banking, child protective services, and immigration law.  In 2008, he returned to school and received his B.A. in English and Rhetoric from the University of California, Berkeley.  While at Berkeley, Christian began to deconstruct his own experience as an immigrant.  Graduating with high honors in English and Rhetoric, Christian received a Charlene Conrad Leibau Library Prize Honorable Mention for his thesis entitled, “Lost in Trans-Nation:  Unearthing Chicano Identity in Daniel Venegas’s Las Aventuras de Don Chipote o Cuando Los Pericos Mamen.”  His thesis cross-examined the historical milieu within which the novel was written as well as the socio-political affiliations held by the author in order to call into question assumptions about the novel’s significance.  Parsing through his own experiences, Christian has developed an interest in the complexity of identity formation and the plasticity of that identity depending on both arbitrary and directed factors.  Areas of interest include transnationalism, identity formation, and representations of immigrants in literature and media.