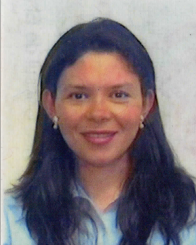 Helen Burgos-Ellis, a native of El Salvador, trained as an art historian. Her research interests include pre-Columbian and colonial art, Amerindians (pre-Columbian to modern), maize domestication, history of science, interaction between art and science, and early modern Europe.

Her upcoming book Aztec Science: Plant Sexuality, Pollination, and the Origin of Maize in the pre-Columbian Codex Borgia introduces a radical approach to the study of pre-Columbian art. It brings science to Mesoamerican studies because this approach elucidates messages in pre-Columbian art that have puzzled generations of scholars. With evidence from ethnohistory, iconography, etymology, and science, this book argues that the Nahua: recorded the maize plant’s life cycle, knew that maize has male and female flowers and reproduces sexually, recognized wind’s role in pollination, and revered a grass because they knew it was maize’s progenitor. To develop the ideas in this book, she conducted archival, museum, and field research in indigenous communities in Mexico thanks to a Fulbright-Hays/IIE Fellowship 2011–12 generously funded by the Mellon Foundation.

Burgos-Ellis is currently collaborating with colleagues at Stanford University on the project Natural Things Ad Fontes Naturae, https://naturalhistory.stanford.edu/people/all/grid-five/grouped, where scholars examine how things that exist in nature—e.g., plants, animals, and/or minerals—developed and transformed in the early modern era as information moved across the globe. Her contributions include an article, “Pollen: The Sexual Lives of Plants in Mesoamerica,” for Natural Things: Ecologies of Knowledge in the Early Modern World, edited by McKenzie Cooley with foreword by Alan Mikhail and is now writing about the concept of biological reality.

Her forthcoming publications include “Innocents Abroad? Representations of Aztecs Traveling in Europe in the Age of Exploration,” in Tornaviaje: España-Nueva España, edited by Ilona Katzew and Fernando Quiles (Seville: Universo Barroco Iberoamericano), on portraits by the German artist Christoph Weiditz of Aztec nobles and their entourage who traveled to Spain in 1528 to meet King Charles V as well as the article “Will the Real Coyolxauhqui Please Stand Up? Significance of Her Representations in Image and Text,” which examines how scholars of pre-Columbian art have analyzed this Aztec goddess and how Chicanx artists and scholars have enriched discussions and representations of Coyolxauhqui.

Burgos-Ellis is active in community service. She served (2015–20) in the Executive Committee as Secretary Treasurer for the Association for Latin American Art (ALAA), https://associationlatinamericanart.org/about-us/. Burgos-Ellis currently collaborates with the Social Justice and Community Partnerships at Marlborough School for Girls, https://www.marlborough.org/student-life/service-learning-social-justice and the Wayuu Taya Foundation, which helps to improve the lives of indigenous peoples in Latin America, http://www.wayuutaya.org. Via UCLA ONE https://uclaone.com/, Burgos-Ellis also mentors undergraduate and graduate students.