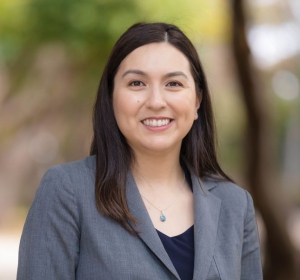 Genevieve Carpio, assistant professor of Chicana and Chicano studies at UCLA, was spurred to write her first book by witnessing the injustice of sobriety checkpoints across inland Southern California in the 2000s.

Promoted as a tool of public safety, these checkpoints largely targeted undocumented immigrants in majority Latinx communities. Blockades were often placed far from bars — where one might expect to find inebriated drivers — and instead near schools and work centers, during high-traffic times, Carpio said. This was hyper-policing of Latinos by way of sobriety checkpoints that acted as immigration checkpoints.

“They were targeting everyday mobility,” said Carpio, who grew up nearby in Pomona, California. “It turned the street into a minefield that could go off at any time. But it did not target everyone equally. It is through practices such as these that we learn who and who does not have access to the street and, by extension, public space and cultural belonging.”

The examination of injustices like these and the responses they provoked in the community are the focus of Carpio’s recently released first book, “Collisions at the Crossroads: How Place and Mobility Make Race” (University of California Press).

“Collisions at the Crossroads” takes its place among a growing canon within critical race theory that engages what scholars call “relational racial formation.” Their work seeks to reclaim and illuminate stories of indigenous people, nonwhite citizens and migrants alongside one another. Carpio’s work does so in the context of the United States’ still-prevailing construct as a space of white settler colonialism.

In the book, Carpio sets her research and narrative focus on the relationship of race and movement in inland Southern California, tracing stories from the early 20th century through the modern era. The sprawling, decentralized nature of both the geographic and socioeconomic landscapes of the Inland Empire and its industries, as well as its proximity to the flashier city of Los Angeles, have made it a more difficult field of historical or sociological study.